A man was left in critical condition on Sunday after Baltimore police shot and Tasered him in front of a mural commemorating Trayvon Martin – the Florida teenager killed by self-styled neighborhood watchman George Zimmerman in 2012.

The Baltimore Police Department said the encounter began when two officers attempted to stop a vehicle in the midst of the city's Upton and Sandtown-Winchester neighborhoods, according to the Baltimore Sun. Law enforcement did not elaborate on how incident unfolded, but Col. Garnell Green said police did attempt to use a Taser on the man before a gun was used.

Green would not say if the man was armed, how many times he was shot, or why officers tried to stop his Nissan Altima.

The man was taken to a local hospital in critical but stable condition, according to reports.

"This investigation is early on," Green said. "We're still canvassing for witnesses, checking cameras and we're asking anyone who has witnessed it to come forward."

No officers were injured in the incident. 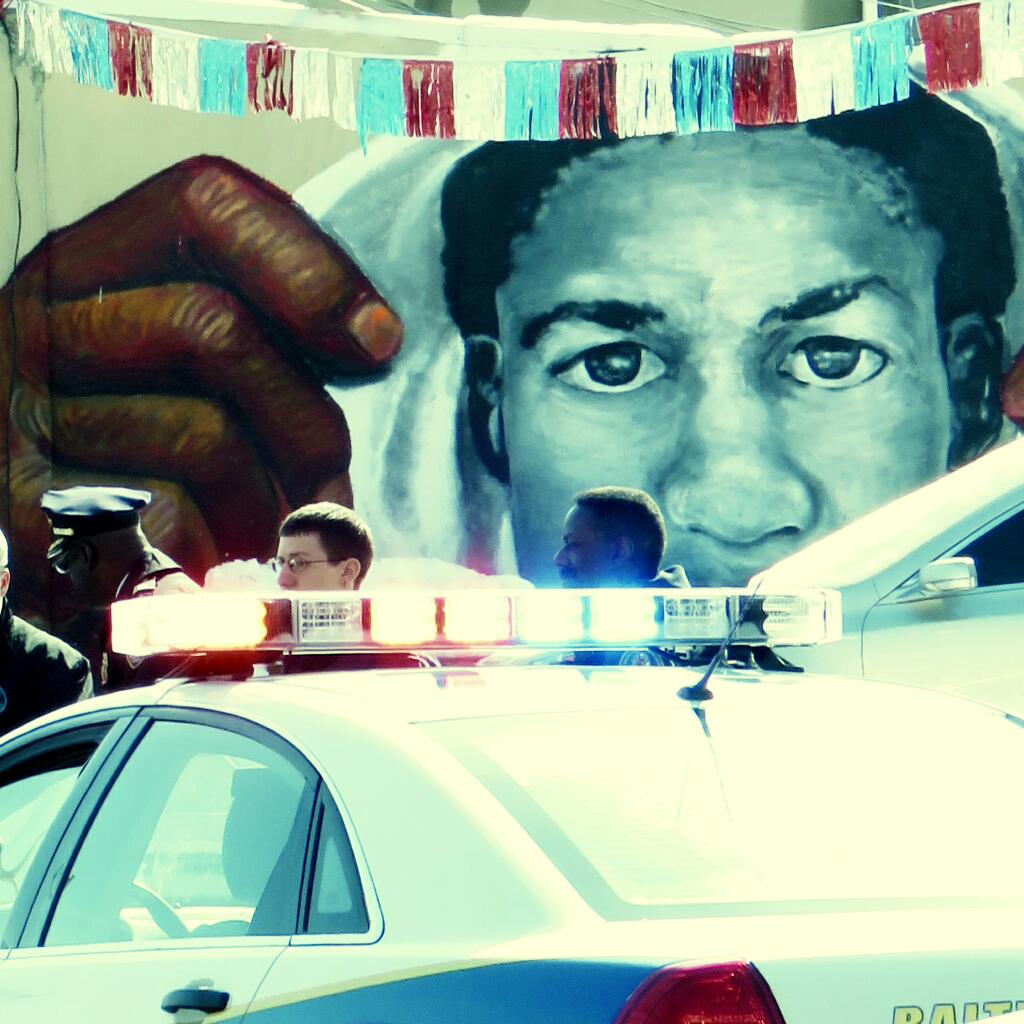 Crowds gathered at the scene of the shooting, in the shadow of a large mural of Trayvon Martin pulling a hoodie over his head.

Martin’s murder gained national attention in 2012. The unarmed black teenager was gunned down in Sanford, Florida, by Zimmerman – a white neighborhood watch volunteer who was later acquitted of second-degree murder and manslaughter charges in the summer of 2013 based in part on the state’s “stand your ground” law.

Zimmerman, who was involved in a physical altercation with Martin at the time of the shooting, claimed he had acted in self-defense. The prosecution argued that Zimmerman had racially profiled the unarmed teen and instigated the fight that led to the shooting.

The controversial stand your ground law – which Florida pioneered before similar legislation spread across the United States – allows someone in a place they are legally allowed to be to use deadly force if they reasonably believe they face an imminent and immediate threat of serious bodily harm or death.

Zimmerman has had several run-ins with the law since his acquittal.

In September 2013, Zimmerman was detained after his estranged wife called the police, claiming he had threatened her and her father with a gun and punched her father in the face. In both cases, the alleged victims declined to press charges.

In November 2013, Zimmerman was charged with aggravated assault with a weapon, domestic violence battery, and criminal mischief following a domestic dispute with his girlfriend.

In September 2014, police said Zimmerman threatened to kill a driver during a road rage incident in Lake Mary, and later showed up at the man’s workplace. The man claimed that Zimmerman, who was carrying a gun, asked: "Do you know who I am?" before threatening "I'll f***ing kill you," Orlando's Channel 6 reported. The unidentified driver also opted not to press charges.

In January, the 31-year-old was again arrested in Florida on an aggravated assault charge.

Make a donation and recieve a free T-Shirt

(Located on the campus of

You have installed an adblocker. This Web App can only be displayed and edited correctly when the adblocker is disabled.